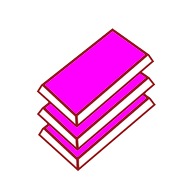 The internet almost exploded when Barry Callebaut announced they created a ‘pink chocolate‘ or ‘Ruby chocolate‘. Even in our surroundings we got asked, from several people, ‘did you see this already….’

The answer is yes, we saw it. And yes, we were intrigued as well. But with a big frown on our foreheads. Why? You can read that below.

update 22 januari: Buy ruby chocolate? That’s simply not yet possible, please stop searching for now, and read some background. Nestlé has 6 months sole rights to the product. And started with a ‘Ruby Kitkat’ in Japan. The brand is ‘big in Japan’, they also have the luck the brand sounds like ‘kito kato’ which in Japan means something like ‘surely win’. They will sell the bars in popupshops and boutiques.

update march 24: now Ruby is available at selected chocolatiers in the Netherlands and Belgium. Yes, in theory you could order a pink easteregg now. The review about the taste that we hear and read are…varying. “Sour, creamy” – “Thought it would be more special”, “Only very slightly fruity”, “A little like white chocolate (..) I don’t think the taste is bad, but don’t love it either” (Dominique Persoone). We didn’t taste yet, so we don’t judge. Our concerns mentioned below seem to hold up so far though.

April 11 2018: From ‘exclusively in Japan’ last month to the pattisier and now ‘exclusively at grocery store Albert Heijn’. And secretly also in the rest of Europe. Don’t know if we’d call it ‘exclusive’ anymore then…

But anyway, interested? Then you can taste ruby chocolate now. We keep asking…but what is ‘ruby cocoa’? Because the importance of the process – over the cocoa being used – seems to be clear.

If you put on the packaging ‘made with ruby cocoa beans’ even though this isn’t an existing kind of cocoa. Then you have some explaining to do, at least that’s what we think. More below.

For discoveries you need scientists. And Callebaut certainly has some working for them. Or at least, as is common these these…there are very tight coöperations between universities and bussinesses. Like the Jacobs University in Bremen and KU Leuven. There and in other places they work on innovations in cocoa and chocolate. For example to develop chocolates with certain characteristics: more resistant to heat, with a lower fat contant, more anti-oxidants. Or ofcourse to know more about how all the tastes of cocoa work…

Cocoa can have a huge diversity of tastes. This comes from the kind of cocoa, where it is grown, the fermentation, and the process of chocolate making. There are a lot of influences, and especially in the areas of DNA & fermentation and the bean itself there is still a lot to learn, on a fundamental level.

Cocoa fermenting is usually done with a  ‘wild’fermentation. The cocoa is harvested, nothing is added, it is only put in boxes in a certain way, banana leaves or something else is put on top, and then nature runs its course.

The next step, which has been researched for years, is helping nature a bit by adding yeasts, for example the yeasts used in beer brewing.

And then, after years of research, what is revealed….pink chocolate. 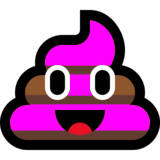 As happens more often, when the step from science to commerce is made, and media get involved, suddenly a thick fog appears. And as the dutch saying goes ‘the monkey comes out of the sleeve’, meaning the true facts come out. Well, in this case, monkeys are carefully hidden in sleeves, and it seems people don’t really want them to come out any time soon…

The marketing machin starts spinning and all of a sudden the term is dropped ‘a fourth kind of chocolate’ and in some texts even ‘a fourth taste of chocolate’ as if none of the hundreds of other tastes and aromas in chocolate exist.

And the story goes, as if this is totally logical, that ‘ruby chocolate’ is made from the ‘ruby cocoabean’ – what a nice find, the media copy it everywhere. Because what do they know about cocoa…

Some people (most don’t!) have heard about the existence of several kinds of cocoa. And that there isn’t just one cocoabean, and not one taste of chocolate. Some may have heard about the, now a bit outdated, classification of criollo, forastero and trinitario. A very select number of people knows even the newer, more complex, format of cocoa families based on dna research.

But everyone can tell you: Ruby cocoa does not exist.

You can call it a lie, or a ‘new term’ – whatever it is it is certainly misleading. Because even though Callebaut calls it that, as if everyone knows what it is…but there just isn’t any ruby cocoa.

The beans used are a mix of beans (forastero?) from different countries: Ecuador, Brazil and Ivory Coast.

We would like to tell you this: more than 30% of the world production of cocoa is from Ivory coast. All the big companies get a huge part of their cocoa there. In the list of ingrediënts for Ruby chocolate Ivory coast was mentioned last, but we suspect most of the used cocoa will be from there again. And guess three times in which country a lot of exploitation and child labour is a reality. Where a lot of money is being made on the World Market in ‘cocoa futures’, where big companies kept telling everyone for years and years cocoa farmers just need to produce more cocoa to earn more money. And really like to help achieve this with help programs.

But..what is the reality…the harvest was fine last year and guess what, a lot of of cocoa on offer, the price of cocoa plummets. Farmers earn even less, and big companies help themselves – willingly or not – to more cheap cocoa.

Luckily the internet is a great place to bring people from all over the world together. To think about this, the story of cocoa is a complex story. Social scientists to philosophize, activists and even ‘everyday people’ who can really dive in, read reports, dig deeper, and think about how we réally can achieve a more sustainable, humanfriendly and real solution.

Back to the beans for Ruby chocolate…

They are, as we have read, diverse in origin, but also composition..but they share certain characteristics through which, if you treat them in a certain way, the pink color gets expressed, instead of the normal brown color of chocolate, or white if it’s a chocolate without solids.

Regular existing cocoa, with a certain chemical makeup. Which mainly through the processing gets pink. How…we are not sure yet, they like to keep the fog in place for now – probably until the hype-storm has calmed. But the processing of the cocoa is essential to making ‘pink chocolate’. So yes, you need certain cocoa beans but this does not mean a new kind of cocoa was discovered, it’s all about procesing. Important to realize this.

And the taste of Ruby cocoa?

A fruity taste is already in a lot of cocoa. We knew it for a long time. Search for example in our assortment for chocolates from Madagaskar and you will be overwelmed with the light to strong sour tastes of red fruit. From strawberry to red berry – you can taste a lof of fruit in it.

Ofcourse Callebaut knows this. Their researches are really busy with DNA resarch and fermentation, and what brings the flavor in the cocoa and chocolate. From coffee to strawberry, from banana to caramel, all the taste can be in cocoa. We knew. Callebaut knew. But a lot of people didn’t know yet. Why not? Because big companies like to use cheap cocoa, have a generic product that’s always the same, and don’t really care about fermentation. The cocoa can be bad, people will buy it a anyway if you mask the taste with a lot of sugar and vanilla aroma.

Fruity cocoa has been in existance for ever, and fruity chocolate was also already available.

And now, those chocolates aren’t pink. They look just like any other chocolate, so: brown.

Want to try some fruity chocolates? A good start is the chocolates from Madagscar. But there is a lot of chocolate with fruity tones. In the top right corner is our search function, try searching for ‘fruit’ or a specific fruit like ‘strawberry’. 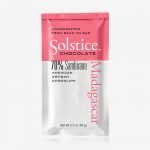 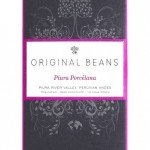 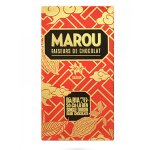 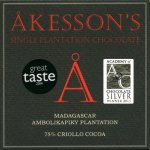 Why this kinda makes us sad is…this is one of the very few times there is worldwide attention to the special tastes in cocoa. In this case, fruitiness. But…it is directly coupled with the pink color or this ‘special’ chocolate. So…we have to think: fruity chocolate = pink.

And what will the future hold? If this is a success in a few years time another nice color will pop up, coupled with another taste. Purple chocolate tasting of blueberry? Yellow chocolate with banana taste? The tasts are already in, and ofcourse colors can be made by another process.

That ‘normal’ brown dark chocolate can have a lot of tastes, well you know it, if you are known with ‘our kind’ of chocolates.

But the masses are being fooled with this story

Will this story hold? We certainly don’t think so. We will do everythink we can to tell people about the many great flavours in chocolate. In normal brown chocolate. Not the weird fabrication of Callebaut. They do present is as 4th chocolate, a discovery next to the other chocolates, but meanwhile it is not about special cocoa but cocoa processed in a certain way. A world of difference.

And it may be ‘natural’, without additions or genetic modification and such – in the end people will want to know where the pink color comes from. And what the cocoa farmer gets paid for his ‘pink cocoa’. After that, we’ll talk some more.

We are convinced we can get a lot of people to skip the chocolates in the supermarket and choose for better, tastier, more intersting, more expensive, more honest, more fair and more special chocolate. We don’t think pink chocolate will change that one bit.

(ps. we do hope you think our thoughts are interesting. We do like to keep a close watch on the chocolate market as a whole, dive in to the researsch sometimes, follow the development of hypes, and share our own views as chocolatesellers sometimes. Please note that this article, as any here, was written from personal experience and contains our personal opinions. We don’t want to convince you to copy our opinions, we do hope we can convince you do think a bit more about chocolate & cocoa, and do your own research. And while you are here…do take a look at our assortment. Most people will be surprised by the many special chocolates in existance. And if we may, we would like to ask you to look outside of supermarkets for your chocolate. Doesn’t have to be with us, can also be in a store like Chocolatl in Amsterdam or elsewhere. No idea where to look? Mail us! And taste! or read a bit more about bean to bar chocolades…. Any questions? We’d love to hear from you. ) 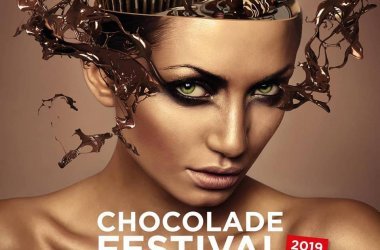